When I was a kid I was going to be a scientist. I had this picture in my head of me in a white lab coat, my hair in a haphazard bun, and wire rimmed glasses perched on my nose. My lab would be filled with the latest equipment, all sparkling clean and white, and everything would be organized, clean, and pristine, just like it had just come out of the box.
I think a lot of times that’s what people think when they think of science. They think of some high priced lab with inconceivable equipment. They think of reclusive intellects who eschew fashion, friendships, and reality in search of some novel abstract idea. They think of people who are too smart and too separated from the world to be able to communicate effectively with mere non-scientists, and who can only resort to arrogance and contempt.
Oddly, it isn’t the intellect or snobbery of science that leads to the communication problems between scientists and non-scientists. It’s the prejudice of the non-scientists.
Look. Science isn’t always pretty. Scientists don’t live in ivory towers with all the best equipment. In many cases, real discovery is made with cobbled together pieces of old experiments or hand made equipment. Working in a univeristy doing research isn’t like it is on TV. The labs are small, the equipment usually outdated, and creativity in being able to make your experiment work with limited resources is often just as important as your ability to process data.
This is what science looks like: 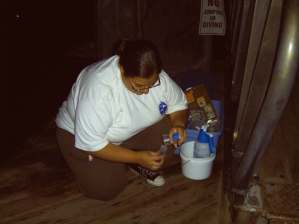 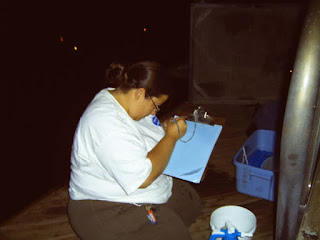 It’s about tons of paperwork… keeping exacting records, because you never know what might turn out to be relevant. It’s about cramped fingers writing data for 12 hours, and typing papers over and over and over to prepare them for publication. 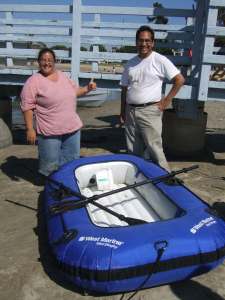 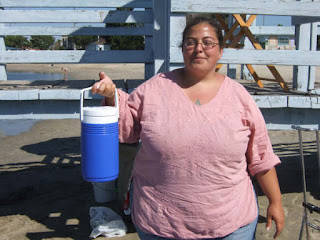 Science involves carrying samples in your thermos when other people carry soup. 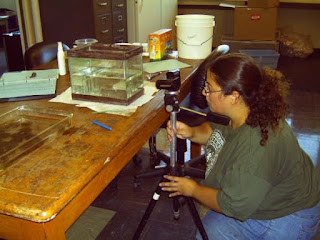 Scientists don’t often work in labs with gleaming white floors, shiny stone tables, and gleaming equipment. They take what they can get for the small amount of money they get to work with. And they are constantly competing for grants (more paperwork and cramped fingers) to bring in more money for more equipment. In real science, “Flotation device” often means “dollar store pool noodle”. Grant money is not what non-scientists imagine. 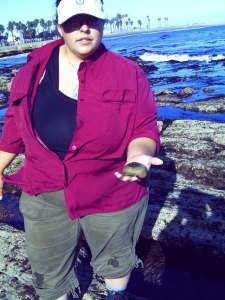 Often real scientists do see the world a little differently than other people. When you’re aware of the diversity of life or exploring the shape of the universe, the latest doings of Branjolina just don’t seem terribly important in comparison. But there is nothing innately highbrow about standing ankle deep in kelp gazing into tide pools or spending a day at a museum. It’s something anyone can do, but few think of doing. 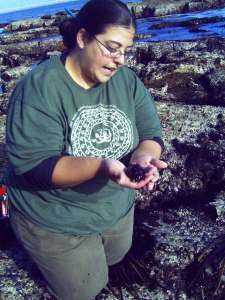 Science doesn’t involve separation from the world, it involves understanding and becoming closer to the world.
Knowing that, I love science even more than I did when I was a child.
* The photos in this post are photos of my daughter, who is a real scientist.
You can read her blog at http://brinequeen.blogspot.com